The number of people who obtained lawful permanent residence, besides refugees who entered the United States in previous years, declined to 940,877 in the 2018 fiscal year from 1,063,289 in the 2016 fiscal year, the first sign of a decline that coming policies are most likely to exacerbate. Those include the wealth tests, which will be imposed on immigrants applying for green cards from both inside and outside the United States. 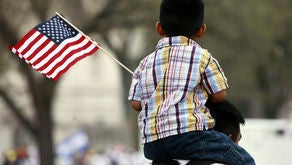 Around two-thirds of the immigrants who obtained permanent legal status from 2012 to 2016 could be blocked from doing so under the new so-called public charge rule, which denies green cards to those who are likely to need public assistance.

Before Monday, immigrants were disqualified from permanent resident status only if they failed to demonstrate a household income above 125 percent of the federal poverty line, a threshold set by Congress. Now, immigration officials will weigh dozens of factors, like age, health, language skills, credit score and insurance as well as whether an applicant has previously used public benefits, to determine if the applicant is likely to use them in the future. One factor that could also count against an applicant is the mere fact of applying for a green card, a Catch-22 that has been a key criticism from immigration advocates.

Even before the policy went into force, it discouraged immigrants and citizens in immigrant families from seeking public assistance they qualify for, such as Medicaid, food stamps, free or reduced-price school meals or housing help, according to immigration analysts. 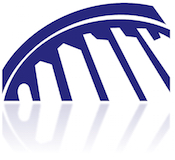 Joseph F. Jacob is admitted to practice law in the state courts of New York and New Jersey. Joseph has a vast legal and business experience and he counsels clients with issues related to the United States federal laws including Commercial and Business Transactions, International Trade and Invest...

Thank you for contacting us. We will get back to you shortly.

Please complete all required fields below.

All services are also available in Arabic